When I first ran a blog some 15 years ago, I approached it with the wrong attitude and, I believe, created too much controversy. I didn’t realize it at the time, but I cared too much about getting attention through what I wrote. I found that I could gain attention by being controversial, by disagreeing with people, and by having strong opinions that I expressed boldly or even angrily. And boy, were my opinions strong, and I had them on almost everything. 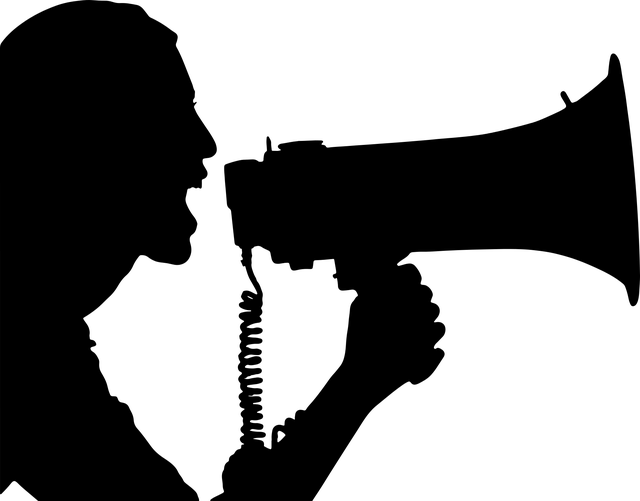 Even before the Mandalorian popularized the phrase “This is the way”, I brought that idea to my blogging, and if you were headed a different direction, I was ready to tell you that your way was wrong. This was especially true with respect to issues of Christian faith and life, even in many areas where I now believe the Bible gives Christians room to differ as they seek to bring glory to God. I was quick to defend my own view as the only Biblical view. In a way, I think this came out of my own lack of maturity in my faith; I was too prone to act as though I believed Christianity consists primarily in rigid adherence to a particular lifestyle. Yes, Christianity affects my lifestyle – but these effects result from my faith rather than defining it.

In any case, earlier this year I read a pair of articles that helped clarify my thinking about blogging and social media, and what I want to do differently this time.

One of these articles, called No Social Media Algorithm Rewards Grace, highlights how social media platforms reward controversy and even mob mentalities rather than civil discourse and grace. The broadly highlights some issues with social media, especially from a Christian perspective. It quotes an Atlantic article on the subject, which wraps with this:

If we want our democracy to succeed—indeed, if we want the idea of democracy to regain respect in an age when dissatisfaction with democracies is rising—we’ll need to understand the many ways in which today’s social-media platforms create conditions that may be hostile to democracy’s success. And then we’ll have to take decisive action to improve social media.

Social media rewards engagement and sharing, even if the engagement is angry or because of controversy, exacerbating problems. This article notes:

No social-media algorithm rewards grace. Encouraging tweet threads aren’t shared as much as angry ones. “Cancel culture” thrives because the reward systems and algorithms support mobs, and most mobs are angry. We are more eager to share negative content because fear and anger push us to action more than love.

The article goes on to note that social media conflict is particularly harmful to real-world communities because online conflicts are ultimately performances for our followers; real reconciliation typically can only happen offline or in a private space.

Why all of this conflict?

Simply, we’re prideful. Social media is yet another place to feel triumphant. We just want to win.

This helped shine light on what my attitude had been in blogging previously. I found that I could get attention by disagreeing with people and by having strong opinions, and when I proved people wrong (or felt I did), I felt proud or triumphant. I felt I had won. But such “victories” benefit no one. In other words, it’s easy to get attention by being just an angry voice, yet accomplish nothing of any value.

In the time since I blogged previously, I’ve learned a lot about the importance of motivation (discussed in this post and links from it), making it easier to see what I missed before. If my underlying motivation is to win an argument or get attention, it’s better for me not to write at all.

Around the same time, I also stumbled across 7 Questions to Ask in Evaluating Online Pundits. It basically provides a call for discernment in evaluating which sources Christians listen to, and begins by noting:

One of the best things about the internet is that anyone can state his opinion about anything.

And one of the worst things about the internet is that anyone can state his opinion about anything.

Some of these include evaluating whether the person has healthy relationships with family and friends, responsibilities beyond being a pundit, an appropriate expertise or education, accountability to meaningful institutions (like their church), etc. Two which particularly stuck with me and challenge me are:

Does this person express his opinions and state his case with a due sense of proportion? This rule of thumb will serve you well: don’t believe hysterics. If the matter at hand is truly grave, the facts should speak for themselves.

Does this person exhibit any interest in trying to understand the arguments of others or speak carefully about those he means to criticize? I can learn a lot from people who try to persuade.

These are areas where I’d sometimes failed when I blogged previously. I blew things out of proportion at times, and I didn’t necessarily carefully engage with the arguments of others and seek to persuade; sometimes I merely criticized.

A couple closing thoughts from the Bible

The Bible itself speaks a great deal to these issues; indeed, speech is a key theme in the book of Proverbs. Proverbs 15:1 says:

A gentle answer turns away wrath, But a harsh word stirs up anger.

A soothing tongue is a tree of life, But perversion in it crushes the spirit.

Here, the idea is that instead of stirring up anger – which social media makes it so easy to do – we ought to be trying to turn it away, to reconcile, to avoid anger.

The New Testament also speaks a great deal of what we should talk about (and, by extension, write about); James 1 and Ephesians 5 come to mind, but also:

Let no unwholesome word proceed from your mouth, but only such a word as is good for edification according to the need of the moment, so that it will give grace to those who hear.

(Eph. 4:29, NASB.) Here, the challenge is to ensure that our words are helpful and edifying; that they meet the needs of others and even give grace. That’s tough, but it’s part of my goal in writing. I want to edify and give grace, not get attention.

Summing up: Let’s use social media for good rather

If we’re not careful, social media can turn our natural desire for attention and approval into an environment where we seek those by being controversial, making extreme statements, stirring up anger, or the “playing to our base” at an individual level. I ran into those same pitfalls previously when I blogged, and in hindsight, regret the wrong I did at the time. So my challenge to myself and us, today, is to use the platforms and technologies we have for good – to give grace, to benefit those who listen, and to help. Let’s not join the flood of anger and outrage. Instead:

If possible, so far as it depends on you, be at peace with all men.